We are a nonprofit 501(c)(3) organization of enthusiasts, devoted to preserving the horse of Bedouin Arabia. We pursue this goal through education and research in a non-competitive social climate which draws admirers of such horses together with the interest of fitting the Bedouin horse into western life.

Some of the Al Khamsa foundation horses came directly to North America – others first went to Egypt, Europe, Argentina or other countries. But all Al Khamsa Arabian™ horses originated with the nomadic Bedouins.

We maintain a roster of eligible Arabian horses, which we define as "those horses in North America that can reasonably be assumed to descend entirely from Bedouin Arabian horses bred by horse-breeding Bedouin tribes of the deserts of the Arabian Peninsula without admixture from sources unacceptable to Al Khamsa." Horses may be added or deleted from the roster. 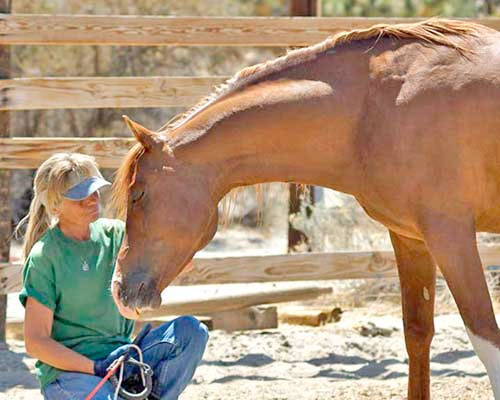 Al Khamsa™ Arabian Horses are worth the time, effort and money it takes to preserve them because the horses are unique and special, beautiful and take one's breath away. This valuable reservoir of blood must be kept available for generations of breeders ahead. They are also worth the effort, because the people who love them are also unique and special, interesting, bright and wonderful.

Our Mission is to educate the public about Al Khamsa Arabian Horses so that those horses may be available for future generations.

Annual meetings were held around the country that enabled supporters to meet and to see horses of all breeding groups. Publication of information began almost immediately, and continues to this day.

The number of horses accounted for by Al Khamsa has gone from about 1,500 to nearly 50,000 over the past 45 years, a wonderful success story.

We have a wealth of Al Khamsa eligible horses which is matched nowhere else in the world. As a rich country, we have attracted many importations of Arabian horses, and our country has been diverse enough so that a variety of independent breeding programs have preserved a variety of bloodlines directly imported to America from Arabia or by way of intermediate countries, where too often thay have faded out. 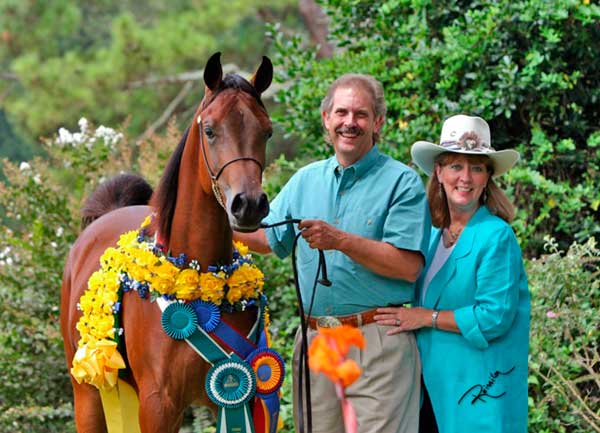 The wonderful variety of genetic material that has been preserved for us in Al Khamsa furnishes the privilege of seeing the fruits of some of the great breeding programs of the past: we can see what those founding breeders accomplished because we have their breeding programs and bloodlines before us.

At the same time, we can see what these bloodlines have become when skillfully blended with each other in the ever-changing panorama of classic breeding. Each one of those foundation animals makes its contribution and shines like a thread in a new tapestry. It takes the whole collection of threads of past bloodlines to make the fabric upon which dedicated breeders form a picture that preserves the historic Arabian horse as it was and as it is.