ew breeders, however, based their programs on the exclusive use of imported mares and stallions: at this point, written information about the Arabian horse was scarce and the concept of breeding purebred livestock was in its infancy.

During the 1900s, Arabian horse owners in many countries formed breed registries. Unfortunately, some of the horses in these registries did not trace, in all lines, back to original Bedouin stock. Furthermore, by the mid-20th century, most of the tribes had given up their nomadic lifestyle and many were no longer selectively breeding horses. The pure Bedouin horse became endangered. 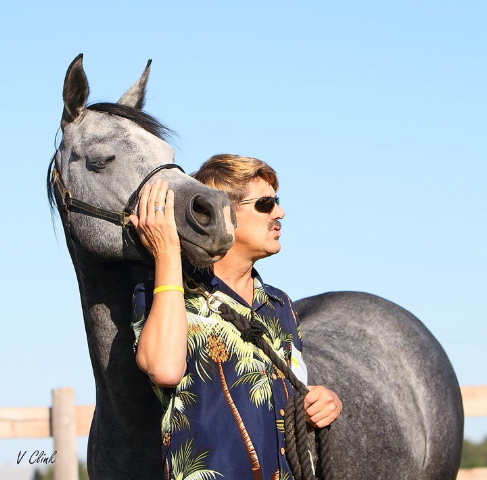 Fortunately, a few people recognized the exceptional qualities of the original Arabian horses and began acquiring, selectively breeding and maintaining pure herds. In 1975, Al Khamsa, Inc., a nonprofit 501(c)(3) organization, was founded for the purpose of identifying and preserving North American horses reasonably assumed to descend entirely from Bedouin-bred Arabian horses. Al Khamsa takes pride in maintaining a roster of these horses, which it calls Al Khamsa Arabians™.

Though they all originated with the nomadic Bedouin, horses eligible for Al Khamsa have come to North America from a variety of sources and by way of many countries. The Bedouin transmitted their knowledge of the lineage of their horses in the form of an oral history of the breeding of each mare and stallion. They did not maintain written stud books. However, the records of the descendants of these Bedouin Arabians are to be found in stud books, letters, journals, etc. from around the world. Al Khamsa, Inc. has compiled and referenced the basic information concerning Al Khamsa horses, and makes it available to the public.

To help people identify the history of the horses, Al Khamsa traces pedigrees back as far as they can go and calls these ancestors Foundation Horses.

To simplify the understanding of the sometimes complex ancestry of the horses, the Foundation stock has been divided into groups designated Ancestral Elements. These are based on a common denominator: the country, stud farm, person or group who imported or was primarily associated with the Foundation Horses concerned.

Today’s Al Khamsa Arabian horses comprise less than 5 percent of the registered Arabian horse population in North America. However, their importance goes far beyond numbers and symbolizes the proud heritage of their Bedouin-bred ancestors. Al Khamsa Arabian horses excel in sport competition, endurance, competitive trail riding and show ring events. Many serve as superb working ranch horses. The majority of Al Khamsa Arabians have amateur owners who love their rare desert treasures and consider them valued members of the family.