"Stay committed, stay connected, share your passion with others, and never lose sight of what touched your heart in the first place and you will preserve something wonderful!"  ~ Joe Ferriss

Now and then someone creates a time capsule so that people of the future can see how things used to be. Some of these time capsules are especially valuable because they pass on in unchanged form the most beautiful and useful things of one time period to another: a symphony of Beethoven for the future, an instance of technology or mathematics which has made a special contribution.

A time capsule is a way of saying, "We think this is beautiful and we want to be sure you do not forget it," or "We have perfected this item of life, and we want you to remember what we did." 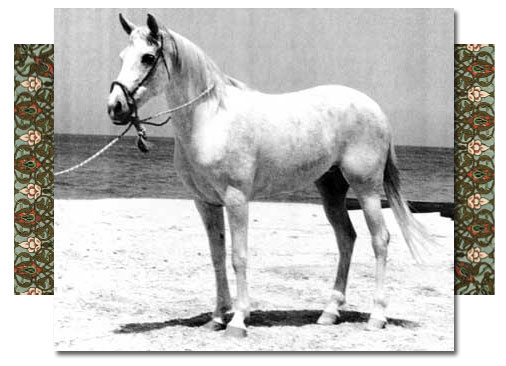 We have time capsules in Arabian breeding, too. They are the multitude of projects of our preservation breeders. Each of these is something that some serious person is preserving of the best in the history of Arabian breeding: the defining horse of some certain kind, the best way of breeding horses, the best goals for breeding Arabian horses. The idea of preservation breeding is to be sure the present glories of the breed do not lose contact with the wonderful horses and breeders from which they came.

Preservation breeding means setting a boundary around treasured areas of past breeding. Each is kept as a separate entry, as a capsule of Arabian breeding that does not change with time as far as essentials are concerned. These separate, distinct capsules are not isolates in Arabian breeding. They contribute on a continuing basis to the larger Arabian breeding scene as effective elements of current activity. Some Preservation horses attain the highest honors in their own right. It is surprising how many others turn up as parents and grandparents of successful horses. Preservation breeding is not a matter of being a hermit or operating a zoo for antique types of Arabian horses.

Mainstream Arabian breeding is sometimes portrayed as an affair of the moment. Glory goes to today's champion, yesterday's import, and tomorrow's trend. Preservation breeders live a different life. Each is tuned to some part of the history of Arabian horses that worked especially well. To recognize success, the Preservation breeder does not have to depend on judges or representations by artists or standards that have been prepared for a transient show context. It is so much simpler instead to refer to flesh and blood horses of the past that were proven success or to the breeding plans from which such horses came. Preservation breeders have the further advantage that their breeding stock does not go out of date. It may become old and blemished, but its function in preserving values of past Arabian breeding remains a constant. Judges, champions, and markets come and go, but Preservation breeders and their horses just keep rollin' along.

One of the marvels of Arabian breeding is that almost everyone who seriously tries a breeding program may be successful. That is true for Preservation breeders, too. Thanks to them we have a variety of successful types within the Arabian breed that far exceeds what any person could conceive of as a single standard for the Arabian horse. There is, indeed, a special kind of Arabian horse for each person who wants one. Many such horses are either themselves examples of Preservation breeding or have Preservation horses as close-up ancestors. 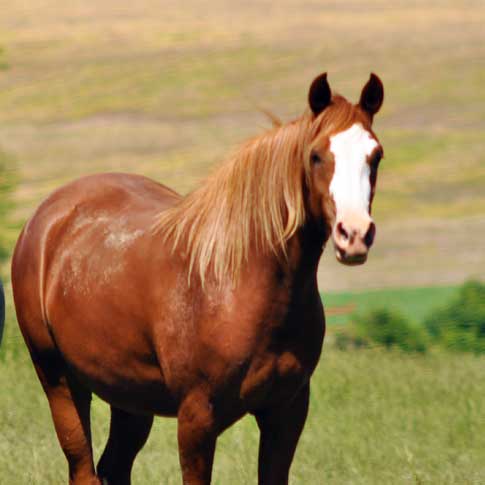 Could the breed continue without Preservation breeding? Perhaps it could for a while, but to maintain quality we would have to learn about breeding horses in an entirely new way. We could not count any longer on what we have learned from the most successful breeders of the past, nor could we count on using their bloodlines as building blocks for present pedigrees. After a while we would no doubt find ourselves identifying special groups of horses that we liked and could rely on and which would then become preservation groups in the future. Would these new groups be successful in preserving the Arabian breed? The answer would depend on how good a use they made of Preservation groups of the past.

Preservation breeding and Arabian horses go together. We are not willing to forget or discount the beautiful horses of the past which led to the beautiful horses we now have. One of the ways we ensure that new generations of horses remain "Arabians" is by constant reference to the "time capsules" of Preservation horses which are saved for us. We value these horses for what they are and because they need no excuse or explanation. We constantly use the option of sprinkling the pedigrees of of other kinds of Arabian horses with carefully guarded time capsules made up of the best that they preserve.